RIZIN 14 had Floyd Mayweather, Bellator champ Darrion Caldwell vs. Kyoji Horiguchi, and a number of notable names throwing down on New Year’s Eve. We’ve got the highlights!

RIZIN 14 saw Floyd Mayweather pick up nine million dollars for barely two minutes worth of work on New Year’s Even in Japan. Not a bad night’s work, though peanuts compared to what Mayweather would get to actually return to the ring.

In hindsight, maybe RIZIN putting their vastly undersized star in the ring with ‘Money’ wasn’t the best idea, but it certainly got everyone’s attention.

If you missed it, check below for a gallery of highlights from the night’s action, courtesy of RIZIN FF!

After RIZIN 14: Mayweather vs. Nasukawa, Can We Put the Whole MMA vs. Boxing Argument to Bed? 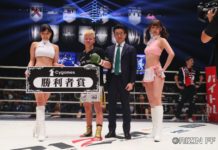 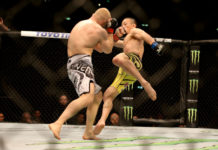