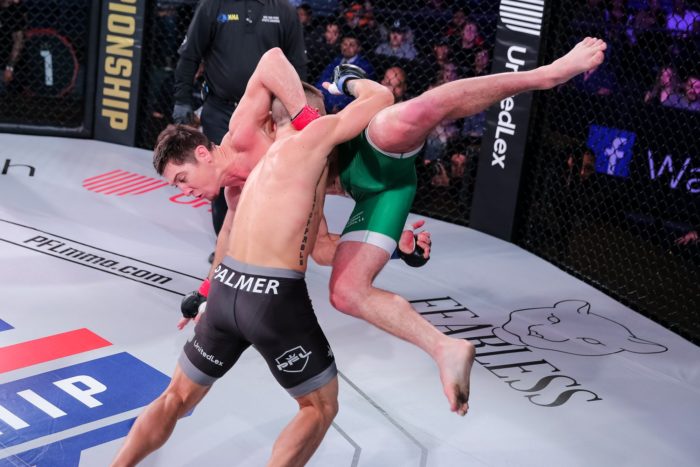 Lance Palmer did what he does best at PFL 11, utilizing his wrestling to dominate Steven Siler en route to a million dollars.

Lance Palmer went a dominant 4-0 in PFL heading into the finals with a pair of submissions and an upset win over Andre Harrison. He comes into this fight at 16-3 overall.

Lance Palmer took the center of the cage and ate a body kick from Steven Siler. After a few paws from Siler, Palmer fired a leg kick that landed. Palmer threw a leg kick then a big overhand left that missed but woke Siler up as he fired back with a combination. Palmer threw the big left and avoided Siler’s response, then landed a left hook followed by a body kick. Palmer shot in and landed a takedown, but the squirmy Siler got up quickly. After eating another left hand, Siler finally let loose and landed a combination with less than a minute left. Siler was able to wobble Palmer with a head kick, but Siler slipped on his pursuit and couldn’t follow-up.

The second round had a similar slow start until an uppercut from Siler landed. Palmer responded soon after with a big double-leg takedown into guard. Siler worked his way to the cage and stood up through the clinch of Palmer. The fighters worked their way to the center of the cage, and Siler used a combination to exit out of Palmer’s grasp. Palmer was able to secure another takedown before the round came to a close, escaping a headlock from Siler.

Palmer threw a head kick early on but slipped and Siler tried to take advantage with a headlock. Palmer took advantage of the close quarters by taking Siler down. Palmer pushed Siler to the cage and broke free of his opponent’s headlock, then took his back at the midway point of the third round. Siler rolled and was able to slip out the back door. Siler landed a two-punch combination threw a left hook by Palmer. Palmer caught a kick from Siler and took him down again to ride out the round.

Palmer went to his leg kicks to start the fourth round, landing a takedown 90 seconds in. Siler established a loose half guard that controlled Palmer just enough to not get overwhelmed. Siler couldn’t improve his position and Palmer postured up and started landing bombs with under a minute to go. Siler was able to survive and onto the final round we went.

Siler started the round with aggression on the feet, but got too close and was clinched up. The fighters made their way across the cage and Palmer landed another takedown. Siler tried to get creative and attempted a gogoplata, but couldn’t lock it up. Palmer broke free and passed guard as Siler desperately looked for a submission. The submission he needed never came, and Palmer left the cage a millionaire. 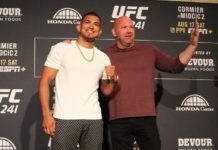