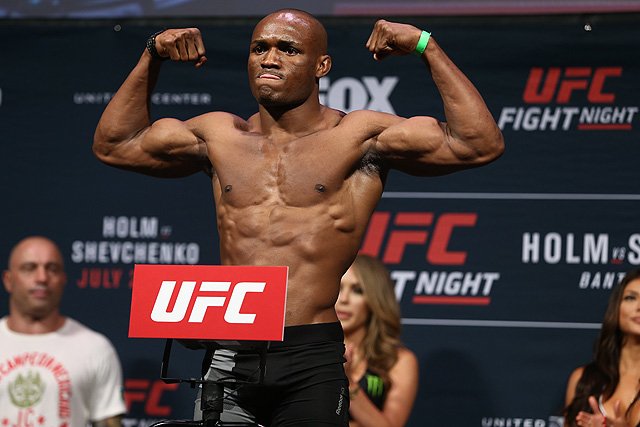 Two UFC events take place this weekend with the first being the TUF 28 Finale, and Cageside Press has their picks set.

The main event of the TUF 28 Finale will be between the ever-improving Kamaru Usman and former lightweight champion Rafael dos Anjos. Usman is 8-0 in the UFC, succeeding in a long overdue step up in competition against Demian Maia in his most recent fight. Rafael dos Anjos nearly reached title contention after moving up from the lightweight division, defeating Tarec Saffeidine, Neil Magny, and Robbie Lawler before running into Colby Covington. Kamaru Usman was unanimously picked.

While the next two fights on the card are the finals of this season’s two TUF tournaments, their late additions to the card mean they will not be featured in this week’s picks.

Pedro Munhoz takes on Bryan Caraway on the main card. Munhoz is an opportunistic submission-specialist winning five of his last six, three of which were by submission. Caraway was nearing title contention in 2016 after a big win over Aljamain Sterling, but then proceeded to miss over a year of action with injuries. Upon his return, he fell to the promising Cody Stamann. Pedro Munhoz was unanimously picked by the staff.

Edmen Shahbazyan makes his promotional debut against Darren Stewart at the TUF 28 Finale. Shahbazyan is an exciting prospect with a 7-0 record, winning all of his fights by first-round knockout. After losing the first three (official) fights in his Octagon career, Stewart has turned things around, winning his last two bouts by second-round knockout. All but one writer selected Shahbazyan.

Opening up the main card will be Ji Yeon Kim and Antonina Shevchenko. Kim missed weight for the bout, but has a 2-1 record in the Octagon, winning both fights by split decision. Shevchenko (Valentina’s sister) is 5-0 with two knockouts in her MMA career, one of which came on the Tuesday Night Contender Series. Four of seven writers picked Shevchenko.