For a time it seemed TUF 28 would be the last hurrah for The Ultimate Fighter, but whether it continues or not, the most recent installment of TUF, entitled “Heavy Hitters,” failed to connect.

With the finale of The Ultimate Fighter 28 going down shortly, we may have come to the end of an era. Key word, “may.” While there has been all sorts of talk that the long-running reality series will pack it in, there has been no official announcement. The promotion has more of less flip-flopped on the show’s future. Notably, it was not part of the UFC’s new broadcasting deal with ESPN when it was announced. Dana White later suggested it would go on. It could move forward elsewhere, i.e. on UFC Fight Pass. What’s clear, however, is that TUF needs to change to survive. And secondly, if TUF 28 was the show’s last hurrah, it wasn’t the ending the series deserved.

For a property so often linked to the UFC surviving a near-death experience in the mid-2000s, The Ultimate Fighter has simply shambled along like an aimless zombie in recent years. There was no promotional push behind it. No real stakes, save on rare occasion. Aside from seasons 20 and 26, which introduced new weight classes to the promotion, there was little reason to watch the show. The best talents signed directly with the UFC. The best fights were found on Dana White’s Tuesday Night Contender Series. So why tune in?

Tournaments. If TUF 28 is the Ultimate Fighter’s curtain call, it’s the tournament format that will be missed most. Tournaments and martial arts go hand-in-hand; tournaments and the UFC were like two sides of a coin in the early days. You did not get one without the other. For longtime fans, there’s a nostalgia factor, but there’s more to it than that. The TUF tournament format is the closest thing to a real athletic competition you can find in the UFC currently, where interim titles are handed out and taken away like cereal box prizes, and title shots awarded based on Instagram follower counts.

Were you grading TUF 28 like a report card, you could give it a B- at best, and maybe end with the comment “missed opportunity.” The season could have properly introduced the women’s featherweight division, instead, it split itself between the featherweights and men’s heavyweights, and recruited far too many women who are likely to drop to bantamweight should they make it to the big show.

Had the series opted to focus on just featherweights, a few bantamweights moving up would have been forgivable. And heavyweights could have (and should have) been a season of their own. Instead, by trying to do more, TUF 28 delivered less. Worse, the show wound up sinking back into drama and drunken antics, a pitfall of seasons past. While you can’t blame the production for what athletes do in the house, to an extent, it became downright uncomfortable to watch heavyweight Maurice Green at times. His alcohol abuse problems were clear, never mind the denials. He attempted to intimidate castmates.

By the point Marciea Allen hit the end of her rope, ready to walk off the series because of Green’s behavior, you couldn’t help but want to follow suit. It had already become increasingly clear that someone should have intervened, but then, a bit of drama is good for the ratings, right?

Wrong. “Heavy Hitters” was anything but a knockout in the ratings. The show topped 200,000 views just once in season 28. Hitting new, consistent lows doesn’t bode well for its longevity. There were few standouts in the house, either, which is perhaps underlined by the fact that outside of the finals, only one heavyweight fight and one featherweight fight featuring cast members has been added to the TUF 28 Finale card. That despite a finish rate during the season, overall, of just over fifty percent.

Whether the show should carry on is a matter for debate even for alumni of the reality series. There are ways to fix what ails TUF, mind you, chief among them a little time away to retool the show. But with a forgettable season with just a few standouts, if TUF goes away, we didn’t get the ending the show deserved. If it continues, well, there’s plenty of work to be done. 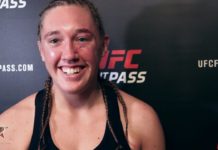 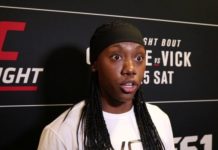 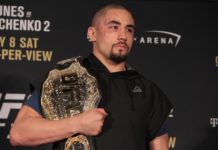 The Ultimate Fighter 28: Trouble for the Featherweight Division?