Yoshitaka Naito headed in to ONE Championship: Conquest of Heroes looking to defeat Joshua Pacio for a second time — but the surging Filipino fighter was riding a three fight finishing streak, and would be no easy out.

ONE Championship was in action on Saturday, hosting ONE Championship: Conquest of Heroes in Jakarta, Indonesia. With the bulk of the card stacked with MMA action (just two fights from the ONE Super Series were on the docket), it was an event mixed martial arts fans could sink their teeth into.

Atop the card, ONE men’s strawweight champion Yoshitaka Naito defended his title against Joshua Pacio. The fight was a rematch of their 2016 meeting, where Naito came out on top. That loss was one of just two in Pacio’s fourteen fight career thus far, and heading into Saturday, he’d built up a three fight win streak, finishing all three.

In the end, the main event went the distance. And it was the challenger, Pacio, getting his revenge, capturing the title in a hard fought effort. Given their history, the fight could set up a rubber match between the two.

“I’m speechless,” Pacio said after the fight, before thanking the promotion for the “unexplainable feeling” of winning the title.

ONE Championship: Conquest of Heroes Results: 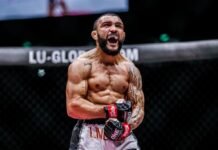 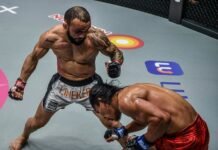