Featuring a card packed with former champions and title challengers, the event was topped by a flyweight title eliminator. That fight saw Danny Kingad of the Philippines up against former champ Kairat Akhmetov. Riding a three-fight win streak into the night, Akhmetov was looking to get a third fight against Adriano Moraes, who he had defeated in 2015 — only to lose his title in their rematch two years later.

ONE: Winter Warriors II gets underway Friday, December 17 at 7:30AM ET. Full results from the promotion’s final card of the year can be found below. Where available, a live stream of the action can be viewed above. 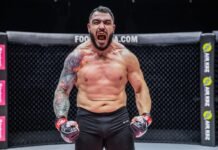 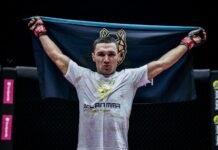