The UFC drew over 20,000 fans for its debut in Russia, a card that was frankly years in the making.

There was no Khabib Nurmagomedov, and of course, no Conor McGregor. The biggest draw on the card, physically and at the box office, was a 44-year old New Zealander whose record is barely above .500 — and despite all that, Russian fans turned out in droves for UFC Moscow. Following the event on Saturday at the Olimpiyskiy Stadium in Moscow, Russia, UFC officials announced an attendance of 22,603 for the promotion’s Russian debut.

Brought it from the first bout.

With a live gate of 1.84 million, that’s not a bad haul. It’s worth noting that UFC 124 in Montreal, Canada topped UFC Moscow, as it brought in 23,152 fans. That pushes Moscow out of the top five, but since attendance doesn’t always equal tickets told, there may other factors at play. Twitter user Jed I. Goodman noticed the flub. It’s also worth pointing out that the money at the gate could have been much higher with a stacked card, but all-in-all, it’s hard to argue the UFC’s Russian debut was anything but a success.

Where the promotion goes from here in its newest territory is anyone’s guess. With debuts in Chile, Russia, and soon Argentina this year, it’s clear the international push is on. There’s no doubt the UFC will be back to Russia in 2019. But once? Twice? With a PPV? Time will tell. 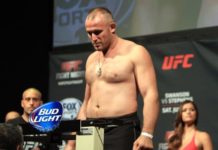 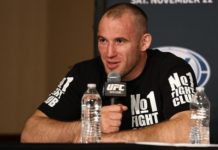 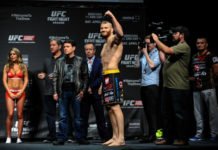