With championships at two weight classes, the question is now, who’s next for Daniel Cormier? And while the answer may seem obvious, it may not be.

Daniel Cormier is fresh off a win at UFC 226 that gave him his second championship in the UFC. The current light-heavyweight and heavyweight champion has said he wants to retire next March before his 40th birthday, so he doesn’t have many fights left in him. So with that being said, who’s left for the dual weight world champion Cormier?

Also, let’s get this one out of the way. It’s not going to be Jon Jones. Jones is currently on suspension and has yet to have punishment handed down by USADA. His manager however has recently said that Jones is likely going to be dealt a suspension and considering the fact that Cormier is retiring very soon, unless Jones gets an incredibly lenient sentence, he won’t be next for DC.

The man who confronted DC after his victory at UFC 226, and one of the biggest MMA stars of all time is looking to make his return against Cormier soon. Coming off a victory over Mark Hunt that was then turned into a no contest, Lesnar re-entered the USADA testing pool the week before UFC 226 and will likely not be available until January of 2019.

The fight with DC would be giant but it will apparently have to wait till next year. It doesn’t seem likely that DC will want to wait till then to have his next bout. Yet there is the risk of losing that fight if Cormier were to lose his next fight against anyone else. Especially at heavyweight. So there is the possibility that he waits till next year for Lesnar to be ready.

Still, it’s very unlikely Daniel Cormier waits for him as he wants to defend the light-heavyweight title one more time.

This one hinges on a lot of things, the first being if Alexander Gustafsson can defeat Volkan Oezdemir in their bout at UFC 227. Gustafsson however is the favorite and the smart pick to win that fight. The other factors this pairing hinge on is if the UFC wants to give the fight to Alexander, and if DC would even take the bout were it offered to him. Cormier has displayed very little interest in a rematch with Gustafsson, a fight he won a couple of years ago at UFC 192.

Yes, the corpse of Shogun Rua is potentially one fight away from a title shot in 2018. Shogun has a fight scheduled against Anthony Smith this month and if he were to win that bout he could potentially get a shot at the light-heavyweight strap. Shogun currently has a three fight winning streak and is potentially one more win away from the shot at DC.

Shogun is a fight that DC himself has mentioned as a fight he could have at light-heavyweight, and there aren’t many people left for Cormier to fight in the division. After all, he’s already defeated the biggest contenders in the division not named Jones. As unlikely as it sounds, Shogun could be next for Cormier if he puts on a good showing at UFC Hamburg.

A short list? Oezdemir seems unlikely as the fight with DC was too recent. Should the Lesnar fight fall through, a rematch with Stipe Miocic could interest the UFC — but perhaps not as much as you’d think given UFC 226 reportedly under-performed on PPV. That leaves Curtis Blaydes and Alexander Volkov at heavyweight if we’re pretending rankings and win streaks mean anything. 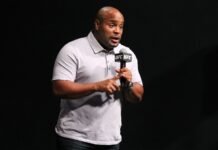 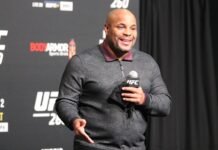