If a fight goes down in the octagon, and no one’s watching, does it do anything for the fighters involved? That’s the issue with UFC Fight Pass currently, where key victories aren’t changing fortunes for fighters like they should.

The void between hardcore and casual fans keeps on growing. Casuals just aren’t interested enough to keep up with the dated Fox/FS1/Fight Pass model, and the UFC’s ability to create meaningful stories to sell match-ups on marquee events suffers as a result.

Ask anyone with an interest in mixed martial arts if they have seen Kelvin Gastelum retire Michael Bisping, Darren Till defeat Donald Cerrone, Alexander Volkov’s run through the heavyweight division, or Leon Edwards’ defeat of ‘Cowboy’ – all of which occurred on Fight Pass.

They likely have knowledge of those happenings because they heard it through the grapevine, but they don’t know just how Bisping got clobbered, why Cerrone got demolished, didn’t see when Fabricio Werdum was knocked out in England, and the first time they saw Darren Till in a fight that meant anything was in a boring decision against ‘Wonderboy’ Thompson on FS1.

On Saturday at UFC: Cowboy vs. Edwards in Singapore, light heavyweight contender Ovince Saint Preux defeated Tyson Pedro via straight armbar in a come from behind victory. Jessica Eye beat Jessica-Rose Clark via decision, Li Jingliang outclassed Daichi Abe, and in the main event Leon Edwards defeated Donald Cerrone via unanimous decision in the biggest moment of his career. This card couldn’t have been seen by many people though, given it’s 8:00 am EST start time and placement on Fight Pass.

The problem is this – hardcore fans buy the product no matter what and are likely the only ones watching Fight Pass events in the first place.

Casual fans aren’t exposed to the fighters that are supposed to fill the void of yesterday’s stars because they simply don’t witness the passing of the torch when it occurs; the UFC puts themselves in a position to not maximize the drawing power of younger stars with their booking.

Fight Pass events have a place, but they just shouldn’t be crucial to any prominent storylines that could potentially draw money.

It would be easy to believe Michael Bisping last competed at UFC 217 against Georges St-Pierre, Fabricio Werdum is still next in line for the UFC Heavyweight Championship, Leon Edwards and Darren Till never beat Donald Cerrone, and that’s harmful to Kelvin Gastelum, Alexander Volkov, Leon Edwards, and Darren Till as they attempt to build their star power.

That’s the UFC’s fault, and maybe it can change in 2019 as the ESPN deal takes effect and fight cards start airing on ESPN+ and ESPN networks regularly. It’s been speculated that fewer events could solve the problem, but it doesn’t look like that will be the case moving forward. 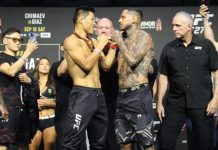 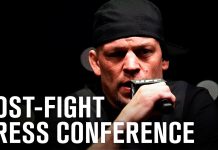