. Looks like ‘The Colossus’ will be out of action for a while.

Bellator 191 heavyweight James Thompson will be out of action for a year after failing a drug test linked to this month’s Newcastle card. As first noted by The MMA Report, the Mohegan Tribe Department of Athletic Regulations has banished Thompson for twelve months after he tested positive Drostanolone. The Commission, led by Association of Boxing Commissions and Combative Sports President Mike Mazzulli, has been handling Bellator’s international cards.

Bellator 191 took place December 15 at the Metro Arena in Newcastle, England. Thompson was submitted by UFC veteran Phil De Fries as part of the event’s main card. It was his first bout back since a December 2015 loss in RIZIN. Thompson (20–17 (1)), who joined Bellator in 2014, has gone 1-2 in the promotion thus far.

In addition to the suspension, ‘The Colossus’ has been fined $2,000. He will need to submit a clean drug test in a year’s time to come off suspension.

Drostanolone is an anabolic steroid that also turned up in the positive drug test of UFC legend Anderson Silva. That was following his fight with Nick Diaz in 2015. UFC fighter Brian Ortega and UFC/Bellator vet Kevin Casey have also failed drug tests for the substance.

In addition to the Bellator 191 news, Mazzulli confirmed to The MMA Report that all Bellator 190 tests came back clean. 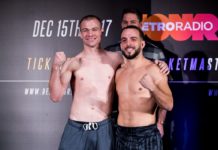 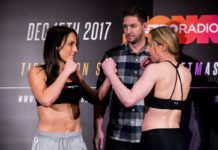 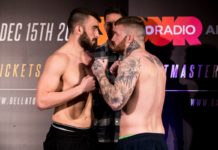