Amir Khan is feeling no pressure, just an adrenaline rush heading into Friday’s co-main event at ONE Championship: Immortal Pursuit.

When Angela Lee was forced to withdraw from the ONE Championship: Immortal Pursuit card, Amir Khan and Adrian Pang were given the opportunity to step up. That put Khan (8-2), currently on a five fight win streak, right back in the spotlight. Not only that, but the Singapore native gets to share top billing with storied welterweight champion Ben Askren for the final fight of Askren’s career.

Another added bonus? Khan will once again get to preform in his native Singapore, where fans should firmly be in his corner.

Heading into the bout, Khan took the time to answer a few of Cageside Press’ questions, and told us that he’s looking to be an inspiration to his fellow countrymen.

Now that Khan is in the co-main event of Immortal Pursuit, does he feel any added pressure? Apparently not.

“Challenges gives me an adrenaline rush” he explained. “There are no distractions nor pressure. Zero. I just love the support from everybody. It is a big plus that I will have a home-crowd advantage.”

Khan’s current win streak has been impressive to say the least, with all five coming under the ONE Championship banner. Not only that, but all his career wins have come via stoppage. With that in mind, is he looking to finish every time out, or do the finishes just come naturally?

Knocking people out his Khan’s “main goal” he replied. He’d rather not let it go to the judges, because “you never know the result.”

“I hope to be an inspiration to the people of Singapore. It feels like I am very blessed and hopefully I can bring blessings to other people as well.”

Should Khan get the better of Adrian Pang at Immortal Pursuit in Singapore Friday, he’ll be on a six-fight win streak. With that in mind, is a title shot what he’s looking for next?

“I feel I am ready to be a world champion” he said, adding “once I put away Adrian Pang, I will be ready.”

What does fighting in Singapore mean to Khan? And how much does the crowd help on fight night?

“Competing in Singapore in front of all my family, friends and fans is such an honor. As a martial artist, I want to use the platform that I am standing on to inspire people” was Khan’s response. “Life isn’t just about what you achieve, it’s also what you inspire others to achieve. While it is very important to work on your own personal development, there are many underlying intangibles within the realm of success that extend far beyond your individual success.”

“I hope to be an inspiration to the people of Singapore. It feels like I am very blessed and hopefully I can bring blessings to other people as well.” 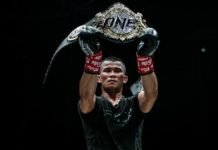 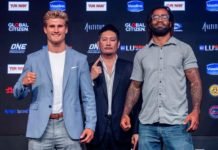