Bad news for Indonesian MMA fans. ONE Championship has announced that it’s July 29 event in Surabaya, Indonesia has been postponed. In a press release, the Asian MMA promotion cited “logistical issues” as the reason behind the move. The date is currently being rescheduled, and for now the fights are off until further notice. With only a week to go before the event, it’s no doubt a tough pill to swallow for all involved. No alternative dates have been floated thus far.

An event page has also been removed from the promotion’s official website. Conquest of Kings had been set to be headlined by a flyweight title unification bout between champ Kairat Akhmetov and interim titleholder Adriano Moraes. A bantamweight tournament was also planned for the event.

With the postponement of Conquest of Kings, the next ONE Championship event now takes place August 5 in Macao, China. Kings and Conquerors go down at the Cotai Arena of The Venetian Macao and features ONE Bantamweight World Champion Bibiano Fernandes taking on America’s Andrew Leone in the headliner.

According to the promotion, four events are being planned for Indonesia in 2018, so fans in the region should have plenty of opportunities to catch their favorite fights in action despite the loss (for now) of Conquest of Kings. 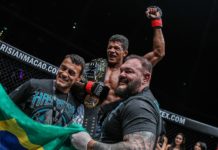 ONE Championship: Conquest of Kings Has More Fights Added 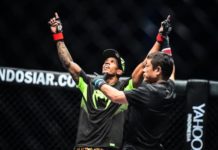 ONE Championship Announces Conquest of Kings to be Held in Surabaya, Indonesia