It seems like it was just last week that Alan Jouban’s bout with Brian Camozzi was announced. Mostly because it was. After announcing the bout last Tuesday, it appears the UFC will need a new dance partner for Camozzi. That’s because Jouban is injured, having fractured his foot.

Jouban (15–5) commented on the injury via his official Instagram, saying “Life and the fight game… both full of highs and lows. Today, not such a good day” and adding that he’d “take it in stride.”

The thirty-five year old Louisiana native was last seen in March at UFC Fight Night 107, losing via submission to Gunnar Nelson. Prior to that, he’d run up a streak of three straight victories, capped off by a unanimous decision win in December against Mike Perry.

Camozzi (7-3) is coming off his UFC debut at UFC Fight Night 102 in December, where he was TKO’d in Randy Brown. The UFC has yet to comment on a replacement opponent. 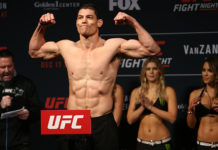 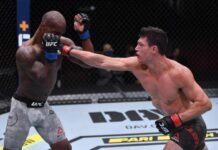 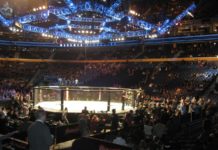