UFC Fight Night 109 has come and gone, and four fighters are $50,000 richer thanks to UFC bonuses having been awarded to them. Those four fighters, including the main event pairing of Alexander Gustafsson and Glover Teixeira, were announced at the post-fight press conference following the event. The card unfolded earlier today in Stockholm, Sweden.

Fight of the Night rightfully went to Gustafsson and Teixeira, who put on a light heavyweight classic to top the card. The fight was arguably the best performance of The Mauler’s career, while Teixeira once again proved he has heart — and one heck of a chin. With a fifth round finish, Gustafsson has inserted himself back into the title picture, despite Jimi Manuwa waiting in the wings for the winner of Daniel Cormier vs. Jon Jones 2.

A couple of fighters who scored come-from-behind wins captured the Performance of the Night bonuses. Damir Hadzovic opened the Fight Pass Preliminary Card against submission specialist Marcin Held, and was controlled throughout the fight. However, in the third round he stormed out of the gate, connecting with a knee to Held’s head as the Polish fighter went low to grab a leg. That earned Hadzovic the third round victory, and the extra cash on top.

Bojan Velickovic, also known as Serbian Steel, claimed the other Performance bonus for his own come-from-behind victory over Nico Musoke. The bout opened the Fox Sports 1 Preliminary card. Though it was a closer fight than Hadzovic vs. Held, in the end, Velickovic was wise to avoid the judge’s scorecards. The Serb caught Musoke with a counter right in the third that wobbled him, and ultimately he was able to swarm and finish.

In all there were a number of fights that could have justifiably won performance bonuses, as UFC Fight Night 109 over-performed and surpassed expectations. The promotion announced following the card that the event drew in 12,668 spectators and a live gate of $1.92 million U.S. 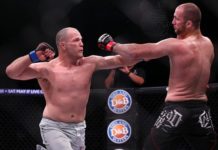 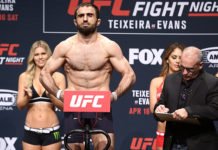 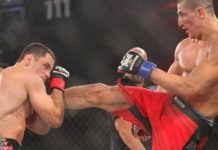