On a night that also saw ONE Championship return to Prime Video, LFA 145 touched down on UFC Fight Pass, airing live (its main card, anyway) from the Oshkosh Arena in Oshkosh, Wisconsin.

Light heavyweight action was in the spotlight in the LFA 145 main event, as Brazil’s Bruno Assis looked to bounce back from a loss to Ozzy Diaz last time out. On Friday night in Oshkosh, he was paired up with Jesse Murray, a 2021 Contender Series alum making his promotional debut in the fight. Murray, who came up short on DWCS, had returned to the win column in his last outing.

Women’s flyweight action served as the night’s co-main event, meanwhile. That match-up saw Olivia Beeskau look to get back in the win column against undefeated prospect Jena Bishop. At 36, Bishop was a late convert to MMA, but the jiu-jitsu black belt boasted formidable ground skills, having claimed first place at the IBJJF World No-Gi Championship in 2017 among other accolades.

The LFA 145 main card gets underway at 9PM ET on UFC Fight Pass on Friday, October 21, 2022. Full Results from the event can be found below. 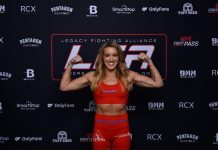 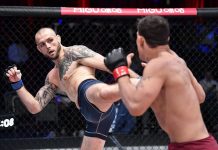 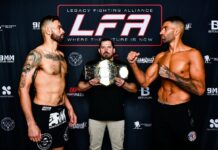