Kicking off this week’s edition of the Top Turtle MMA Podcast, Devin Clark joins the show. After picking up his first UFC stoppage up at heavyweight, he discusses the chances he’ll ever do that again. Plus, he shares some insight into the changing of his training camps. After spending the vast majority of his career training at Jackson-Wink, Clark has made a change. Now working alongside the likes of Curtis Blaydes and Zac Pauga at Elevation Fight Team, Clark gets into what he feels is working best about his new environment. Plus, he shares some of the important perks to his personal life as well. Of course, we’ll also be digging into his fight with Azamat Murzakanov at UFC San Diego.

The UFC is right back on the road this weekend for UFC San Diego. The fight card is headlined by former champion Dominic Cruz and hot, up-and-comer Marlon Vera. We’ll be breaking down that fight as well as some of our other favorite fights on the main card. Plus, as always, we’ll give you an underdog and a parlay that we think might make your wallet fat this weekend. For this segment, odds via FanDuel Sportsbook.

Closing out this week’s episode of Top Turtle MMA Podcast is UFC flyweight, Tyson Nam. Nam discusses the slew of close fights he’s had with many of the flyweights now near the top of the flyweight rankings. He discusses whether that’s a motivator or discouraging for him – or maybe a little of both. Then he talks a bit about how despite coming from a judo background, we mostly just get to see him crack in there. Plus, we’re getting into all of his recent fight cancellations and the newest booking at UFC San Diego with Ode Osbourne. 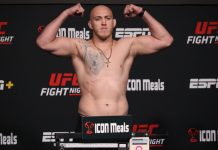 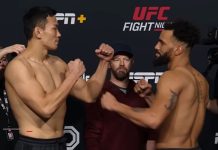