London, England — Trash talk appears to roll off Scottish bantamweight Reece McEwan like water off a duck’s back.

While there was a bit of heat with opponent Kingsley Crawford ahead of their Cage Warriors 141 contest, McEwan (5-1) didn’t appear too bothered after securing a unanimous decision victory on Friday.

“At the end of the day, I know it’s a bit cheesy, but I don’t care,” McEwan told Cageside Press following the fight. “I can fight the nicest person in the world, or the most rude person in the world. I don’t care, I’ve got the same objective, to go in and perform to the best of my ability, and beat him. So it makes no difference to me, to be honest.”

Nathan Fletcher has been fingered as a potential next opponent for McEwan; the Scottish fighter told us he’s open to anyone. “I’ll not say no to anyone. I’ll say yes. If that’s the name that gets put to me next, I’ll say yes. My job’s to fight, Cage Warrior’s job is to match me fights. Send me a name, and I’ll say yeah.”

Watch our full Cage Warriors 141 interview with Reece McEwan above. 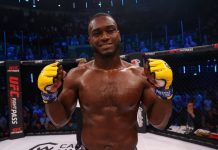 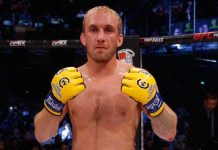 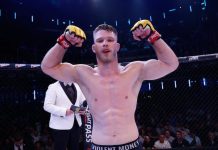