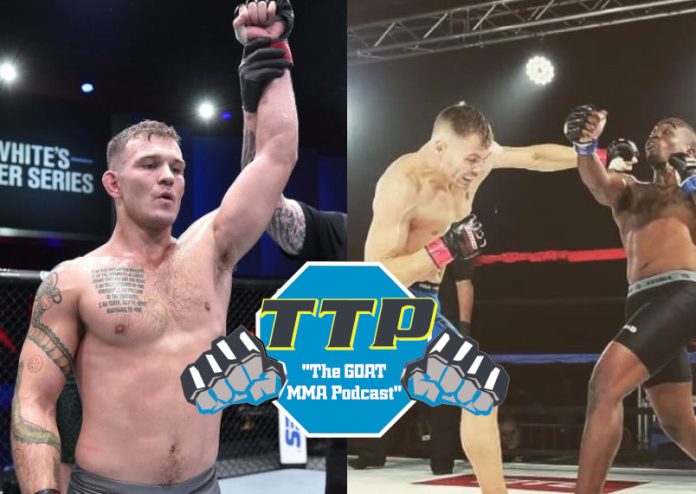 Kicking off this week’s edition of TTP is an interview with Orion Cosce. After a long layoff following his UFC debut, Cosce is ready to get back in the cage. Frustratingly, he’s had multiple bouts canceled with Blood Diamond, but now they’ll finally get their chance to tango at UFC 277. He discusses that layoff and the long preparation for his opponent. Plus, he also digs into his thoughts on fight prep in general. He discusses how he feels about tape watching and how much is, or isn’t, appropriate for MMA fighters.

What would an episode of TTP be if we weren’t breaking down the massive UFC 277 card this weekend, live from Dallas, Texas, and on pay-per-view. A pair of rematches dot the top of the card and the guys are giving you their picks for each of them. Amanda Nunes looks for revenge against Juliana Pena, and Kai Kara-France looks to get back an earlier loss against Brandon Moreno. Do the ones who won the first fight have the edge, or are things about to get knotted up? They’ll also be looking at an exciting heavyweight tilt between Derrick Lewis and Sergei Pavlovich. And, as always, Gumby and Shockwave are giving you an underdog and a parlay that they think will make your wallet fat this weekend. For this segment, odds via FanDuel Sportsbook.

Closing out this edition of TTP is an interview with welterweight Adam Fugitt. Just this past Wednesday, Fugitt got the call to fight at UFC 277. He’s stepped up to the plate and discusses just how crazy this past few days have been. Plus, he shares memories about the long layoffs he’s had and how he considered walking away from the sport right then and there.