Kai Kara-France has accrued a whole lot of momentum after his recent victory over Askar Askarov, which came this past Saturday at UFC Columbus. It would be almost wasteful for that very valuable momentum to not get inserted into the next flyweight title fight.

Booking Devison Figueiredo vs. Brandon Moreno 4 was short-sighted, frankly. Kara-France should get the next title shot for the good of the division.

Moreno may not love this decision should the UFC make the switch, but that’s the nature of this sport. Even if he were to decide to wait it out and take on the winner of Figgy and Kara-France, it’s still the better option for both the fans and the future of the division.

With Moreno being removed from the title fight, it puts him out there and now there is another big fight at flyweight to be had for another up-and-comer.

Not to mention that stylistically, Figueiredo versus Kara-France is certain to produce absolute chaos. There aren’t many people in the flyweight division that have devastating power. So you really can’t go wrong putting the two lone guys that possess it together in the Octagon, with the stakes of the championship title on the line.

This sort of booking has all the makings of a very memorable title fight.

Check out the video above for more on our thoughts about where the UFC flyweight division should go next, and why Kai Kara-France deserves the title shot. 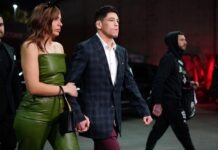