We’re back with the very first Sunday MMA Quick Hits of 2022. So what stories closed out the final week of the past year that were worth a second look, or that we didn’t get to the first time around? We’ve got some wild ones! Read on.

Hector Lombard, the Next Ron Popeil?

Former Bellator MMA champion Hector Lombard didn’t have the most illustrious run in the UFC, but his fighting career has carried on, most recently in the bare-knuckle realm. That in itself isn’t really newsworthy: BKFC and other bare-knuckle boxing outfits have long attempted to piggyback on MMA, using former fighters with a bit of name value to generate interest in their events.

But Hector Lombard, inventor? That’s something different. According to the man himself, in an interview with MMA Junkie’s John Morgan, he holds 17 individual patents, including one for a hybrid scoop/funnel used for adding powdered mixes to water bottles.

It probably isn’t going to revolutionize the athletic supplement industry, or the bottled water industry, but still, it’s one more patent than most people have — and Lombard has 16 more.

ONE Championship flyweight champ Adriano Moraes hasn’t fought since defeating GOAT candidate Demetrious “Mighty Mouse” Johnson earlier this year — and his next fight may come in a Brazilian courtroom.

According to a report by MMA Fighting, Moraes has been sued by former managers Alex Davis and Samir Nadaf, who are seeking over $100,000 in damages. According to the lawsuit, filed in Brazil, Moraes failed to pay the agreed upon percentage of his purse and sponsorship money, and unilaterally terminated the contract between himself and his management.

In a statement to the site included in the initial report, Davis stated that while he doesn’t comment on money and contracts as a professional rule, “I seek the justice when I’m in need about any situation, and I’ll wait and humbly agree to its decision.”

Per the lawsuit, Moraes was to hand over 10% of his fight purse and 20% of any sponsorship money to his management, per their agreement. Instead, he paid just 5% for his last two fights. He also failed to pay 20% of a monthly stipend he received from ONE Championship, which Davis and Nadaf believe should be considered sponsorship money.

This is one of those, you have to read it to believe it sort of stories. According to Rickson Gracie, his father Helio used infidelity to bolster the ranks of the family, wanting to raise a generation of fighters. Rickson, in fact, didn’t know his true mother’s identity until he was 16 — later discovering his mother was a nanny, not the woman he grew up with believing had given birth to him.

The brother of Royce Gracie revealed the truth in a recent biography, and expanded on the subject with MMA Fighting. The Gracies have long been synonymous with the birth of MMA, making this an interesting twist in the sport’s history.

A lot of fighters have turned to the likes of OnlyFans to make ends meet, but earlier in his career, former UFC athlete Yoshinori Horie resorted to sex work to fund his career.

Horie revealed the news on social media on Christmas Day.

In a follow-up post, the Japanese featherweight, who now competes for RIZIN, said that “it’s pretty hard now” when looking back on it, “but as long as I’m alive I can chase my dreams.”

Horie last competed in November at RIZIN TRIGGER 1, picking up a unanimous decision victory for his third straight win. 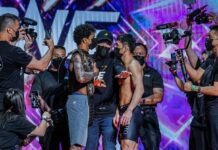