ONE Championship has booked the semi-final match-ups for its ongoing atomweight grand prix.

In a press release Thursday, promotion officials announced the full lineup for October 29’s NEXTGEN card, while also revealing a return to tape-delayed broadcasts, with NEXTGEN II and NEXTGEN III airing on November 12 and 26, respectively.

ONE: NEXTGEN on October 29 will be headlined by a light heavyweight kickboxing title fight, as Roman Kryklia will defend his title agaisnt Murat Aygun.

It’s the atomweight grand prix, however, that may turn out to be the biggest draw. With Denice Zamboanga losing to Seo Hee Ham in a controversial decision, and Ham withdrawing due to injury, tournament alternate Julie Mezabarba steps in against Stamp Fairtex (6-1) in one semifinal bout. Mezabarba (9-2-1) defeated Mei Yamaguchi to earn her spot in the tournament, while Fairtex took revenge on Alyona Rassohyna to advance.

In the other semifinal, Ritu Phogat (6-1) will face the undefeated Itsuki Hirata (5-0).

The full line-up for ONE Championship’s NEXTGEN at the Singapore Indoor Stadium can be found below. 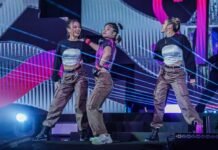 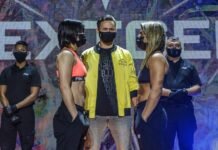 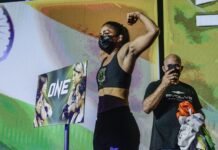