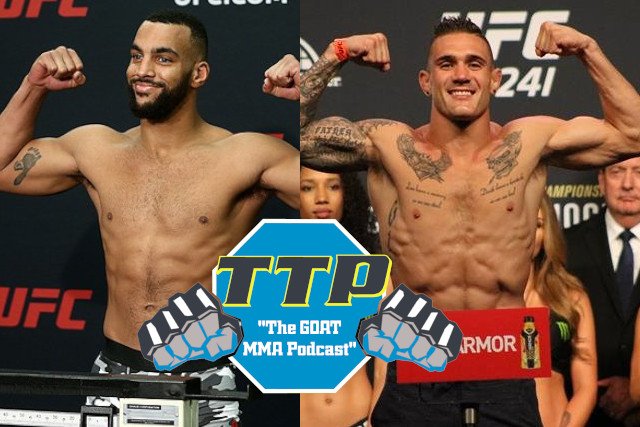 On this week’s episode, we get kicking with an interview with Devin Clark. He discusses a number of topics, but starts with what he learned from his first ever main event. The late changes, the sudden magnitude, and all the other lead up – it was a wild time that taught him plenty. We also discuss the UFC Vegas 37 main event, as Devin has a unique insight into the fight between Anthony Smith and Ryan Spann. Not only was Smith his last opponent, but he has also fought Spann as well. Then we tough base on the latest regarding one of his training partners, Jon Jones, and discuss his camp for this fight at UFC Vegas 37 with the always wild Ion Cutelaba.

Not only is Devin Clark giving you his take on Smith/Spann, but so are Gumby and Shockwave. If you followed their picks for the last event, you’ve found yourself with a lot more money in your wallet. All 3 of their picks, their parlay, and their underdog all cashed last week. So why aren’t you trailing them this week? There is no good reason not to. Tune in to hear the latest breakdown of not just the main event, but so much more.

The episode comes to a close with an interview with Christos Giagos. While maybe not on the radar of the average fan, Giagos has quietly won four of his last five fights and is now looking to the rankings. Sitting in front of him at UFC Vegas 37 is Arman Tsarkuyan, who has the #14 next to his name, and Giagos wants to take it. He discusses the wrestling in that fight and where he feels he holds an advantage. Plus, he discusses his move to Florida and what training camp he landed in.