A pair of UFC strawweight prospects will collide in November in which the winner may be the next up-and-coming star.

John Hyon Ko was first to report the news that Cheyanne Buys will fight Loma Lookboonmee on November 20 at a yet-to-be-announced UFC event. Buys would confirm the booking on her Instagram story.

Lookboonmee (6-2) is riding a two-fight win streak since suffering her first UFC loss against Angel Hill early in 2020. The Thai fighter got back into the win column by defeating Jinh Yu Frey on ‘Fight Island’ to go 1-1 in 2020. In her most recent win, she defeated Sam Hughes via unanimous decision at UFC on ESPN: Reyes vs. Procházka.

Buys (6-2) picked up her first UFC win last month against Gloria de Paula. She knocked her out in one minute with a head kick followed by punches. After her fight with de Paula, she made MMA headlines saying she was broke and took out a loan to pay for her training camo. Buys lost her UFC debut to Montserrat Ruiz via unanimous decision.

No location, venue, or broadcast plan has been announced for the November 20 event, but promotion President Dana White said that all Fight Nights will be staying at the UFC Apex in Las Vegas, NV. 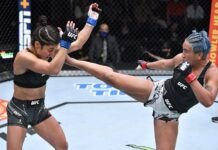 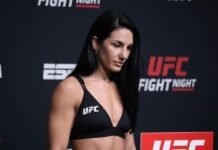 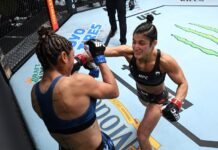