A pair of featherweight Dana White’s Contender Series alumni will collide at UFC 266 in September.

Sports outlet Betsamercia007 was the first to report that Omar Morales and Jonathan Pearce will fight at the event on September 25. Both fighters would confirm the booking on social media.

Morales (11-1) got back into the win column in March against Shane Young when he defeated him via unanimous decision. The Venezuelan fighter fought twice in 2020, winning his first fight in May and then losing to Giga Chikadze at UFC Fight Night: Moraes vs. Sandhagen on ‘Fight Island’ via unanimous decision. Morales earned a UFC contract on season three of Dana White’s Contender Series.

Pearce (10-4) also got back into the win column in his last fight by defeating Kai Kamaka III via TKO. Pearce was scheduled to fight Gabriel Benítez in May, but Benítez missed weight by four pounds, and Pearce refused to fight. “JSP” was on the same season as Morales and also won a UFC contract.

UFC 266 is set to take place on September 25 at the T-Mobile Arena in Las Vegas, Nevada. Alexander Volkanovski and Brian Ortega are expected to headline the card. 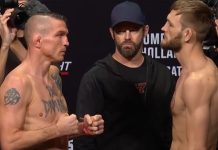 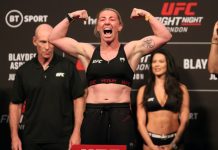 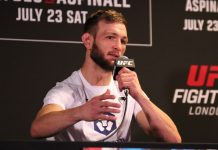