It was no surprise when the judges awarded all three rounds to the Kazakh fighter Saturday night. What was a bit more surprising was his callout during his post-fight media appearance.

Morozov (17-4) took issue with the fact that Paiva missed weight for a fight with teammate Zhalgas Zhumagulov last year. “Because he’s a cheater, he didn’t make weight when he fought my friend Zhalgas. And he won an unfair decision,” he said of the reasoning behind the callout. “So that’s why I want to get this back for him, for our team. Just in the sport’s interest.”

Paiva did in fact miss weight for the flyweight fight, coming in at 129lbs and going on to win a unanimous decision. Coming up, Paiva will move to the bantamweight division, taking on Kyler Phillips. If he overcomes “The Matrix,” it’s certainly a fight the UFC could make.

In the meantime, Morozov was very happy with the outcome of his own fight on Saturday. “I’m just glad that I won. I had a very smooth fight camp, really good game plan, weight cut, everything went great,” he told Cageside Press. “I’m just happy, and I know that a lot of people are happy that I got this win.” 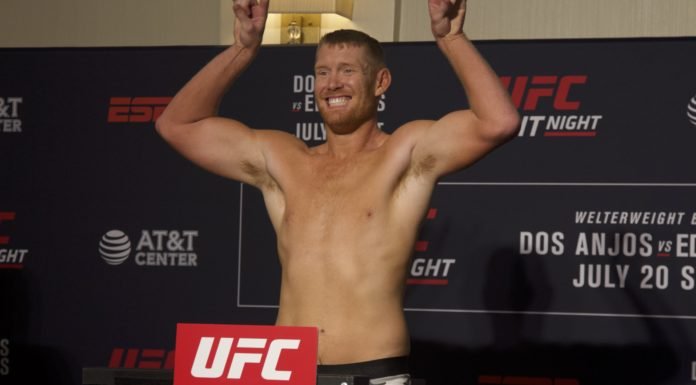