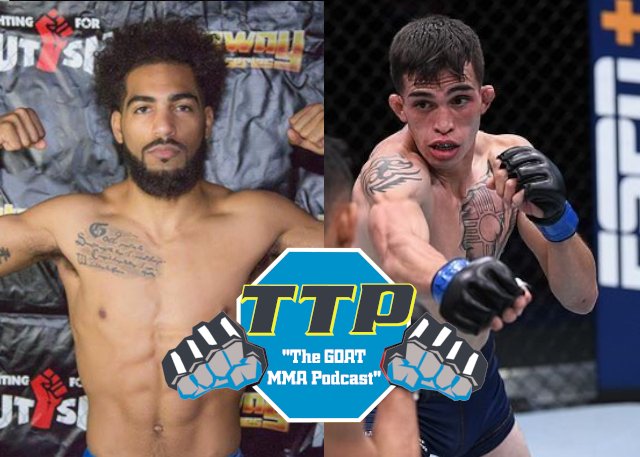 On this week’s episode, Gumby sits down with LFA 110 headliner Charles Johnson. The flyweight division is as exciting as ever and Johnson is looking to carve himself out a place in the UFC’s 125lbs class. He talks about what he needs to do this weekend to achieve that goal. He also discusses how his time as a cross country and track and field runner led him towards MMA and how it helps him even today. Plus, he also talks about his time in Thailand with Tiger Muay Thai and what that did for his career.

People are pretty up in arms about the Derrick Lewis and Cyril Gane title fight – and for good reason. The UFC long has been using interim title fights for a number of reasons, some good and some not so good. Regardless how you feel about the reasons though, they have produced some of the most exciting fights in UFC history. Shockwave and Gumby chat about some of the greats and, as always, put it in an easy to digest top 5 format for you. Which do you think is the best of all time?

To close out this week’s show, flyweight Jerome Rivera stops by. He and Gumby discuss his start to his UFC career. While it hasn’t yielded the results he’s wanted to yet, Rivera explains why he wouldn’t change a thing about his time with the UFC. He talks about the growth he’s experienced from those fights and why he thinks it was important for his career. Plus, he also gets into his fight with Zhalgas Zhumagulov and why he feels like this is the right matchup to get into the win column.