On Wednesday, promotion officials announced via press release that Syzmon Kolecki (9-1) would take on Akop Szostak (4-3) in the main event of the upcoming card. Kolecki won a silver medal in weightlifting in 2000 at the Sydney Olympic Games, then followed up with gold in 2008 in Beijing.

Transitioning to MMA, the now 39-year old began his pro fight career in 2017. After racking up a 6-1 record in smaller Polish promotions, Kolecki joined KSW, posting a 3-0 record to date. Most recently, Kolecki earned a unanimous decision win against Martin Zawada.

Opposite Kolecki in the main event at KSW 62 is bodybuilder and fitness coach Akop Szostak, who last competed under the KSW banner in 2019. After losing that KSW 49 bout to Erko Jun, Szostak got back in the win column on the regional circuit.

The KSW 62 light heavyweight main event will be joined by a welterweight co-feature, which will see a rematch between Andrzaj Grzebyk (17-4) and Marius Zaromkis (23-9). Their first meeting resulted in a TKO win for Zaromskis, after Grzebyk suffered a broken leg in the opening round.

Eight months on, the pair will run it back. 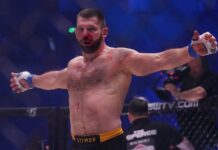 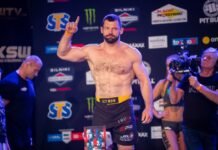