Next month’s Bellator 260 card has added some light heavyweight action, in the form of Alex Polizzi vs. Gustavo Trujillo.

Sources confirmed the booking to Cageside Press Monday. The bout will see “Eazy” Polizzi (7-1) look to bounce back from the first loss of his career, suffered against Julius Anglickas last November. Prior to that defeat, Polizzi, a top 205lb prospect, had been perfect as a professional, with six finishes among his seven wins.

Trujillo (3-1), a Cuban fighting out of Florida, has fought for the likes of Combate Americas, XFN, and Titan FC. He also took a two fight stint in bare-knuckle boxing, winning both of his bouts under the BKFC banner in 2019 and 2020. Trujillo’s most recent MMA fight was last July, where he earned a quick finish against Emmanuel Verdier at Global Legion FC 14.

Belltor 260 is set to take place at the Mohegan Sun Arena in Uncasville, CT on June 11. The card is headlined by a welterweight title fight featuring champ Douglas Lima putting the belt on the line against the undefeated Yaroslav Amosov.

The following fights have been reported for the card thus far: 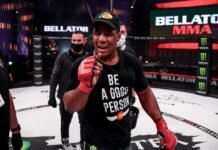 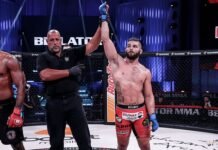 Bellator 266: On The Last Fight Of Contract, Alex Polizzi Is Looking To Put On A Show