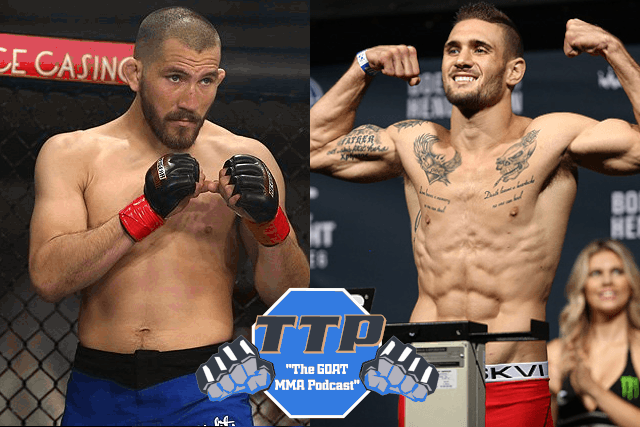 To kick off this week’s show, Gumby is chatting with Christian Aguilera who preps for his fight this weekend at UFC Vegas 26. He’ll be fighting tough Brazilian Carlston Harris, who is well know for his grappling. Aguilera talks a bit about how he envisions that fight going and whether or not he thinks he can finish the newcomer. He also digs into his training situation, which involves multiple training facilities and more than a couple coaches. He let’s us know how he makes it all work and becomes the best version of himself.

Gumby and Shockwave love giving you the lowdown on the fights, and always do their homework. Of course, this week was a tad difficult being that they had barely announced the fights at the time of recording. Still, they’re breaking down the brand new main event between Marina Rodriguez and Michelle Waterson, which happens to be taking place at flyweight. Not only are they giving you the lowdown of that fight, but they’re breaking down Cerrone/Morono and Neal/Magny too. Plus, they have an underdog and a parlay that they think will make your wallet fat.

For his last fight, Christos Giagos was only weeks before Christmas and had all but given up on getting a fight. He had been trying to get one for months, but was resigned to wait until the new year. Of course, that’s when the call came. He details the fact that he had barely been striking at all going into that bout and how he used that as inspiration for one of his very best performances in the Octagon. After that, he talks about his UFC 262 bout with Joel Alvarez and dishes on whether he thinks he can deal with him on the ground. 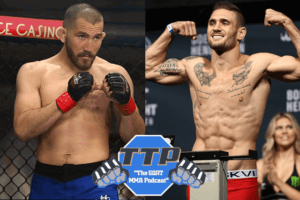