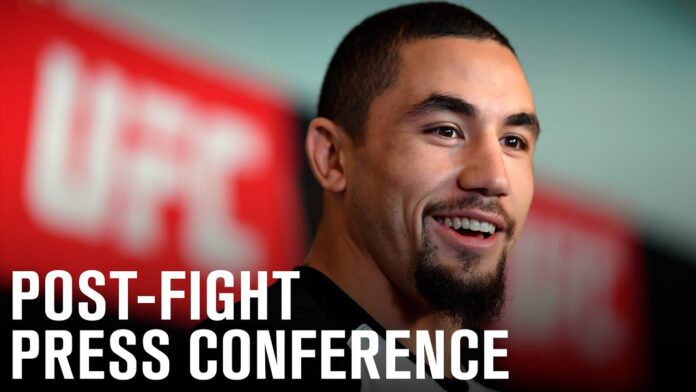 On a night where the UFC had to share the combat sports stage with a boxing sideshow featuring an old friend, the promotion put on a key middleweight scrap. Robert Whittaker and Kelvin Gastelum had clear title implications, especially for former champ Whittaker, who with a win would have three straight victories.

That would make it hard to argue against a rematch with current middleweight king Israel Adesanya.

Of course, pandemic era MMA can never go smooth, and the ESPN card got off the a rock start, losing a couple of fights earlier in the week. Perhaps the most shocking was Zarah Fairn missing weight for a 139lb catchweight by a full eight pounds, scrapping her fight with promotional newcomer Josiane Nunes.

Then, just as Saturday’s UFC Vegas 24 broadcast kicked off, news broke that the co-main event was off as well. Jeremy Stephens had been expected to face off with Drakkar Klose. But Lil Heathen’s well-documented temper had boiled over at face-offs on Friday, and he had given Klose a hard shove. Hard enough to cause injury, and cost the UFC what had been a hotly anticipated fight.

Following Saturday’s card, tune in above for the UFC Vegas 24 post-fight press conference.