Las Vegas, Nevada — “Best feeling in the world.” That’s how Kai Kara-France described the feeling of getting the win at UFC 259.

It came in a Comeback of the Year sort of effort, Kara-France (22-9, 1NC) weathered an early storm on the ground, where he was clearly out-classed, then came back and landed a knockout of Rogerio Bontorin late in the first round. A walk-off KO at that.

“I knew my experience would get me through this night,” Kara-France said during the post-fight press conference, speaking to media outlets including Cageside Press. “Weathered the storm, and just had to let the cannon out. Live up to this nickname, and just throw with bad intentions.”

Kara-France’s nickname, for those unaware, is “Don’t Blink.” After surviving a nasty submission attempt earlier in the fight, the New Zealand native did indeed live up to it in the end.

“I knew the finish would be there, just had to be patient, and there it was. Vintage Mark Hunt walkaway knockout,” said Kara-France. “Shout out to Mark Hunt.”

The ending was a bit of a mess, mind you. Kara-France walked away from the scene prior to referee Herb Dean actually waving it off. For a moment, it seemed like Dean wasn’t going to make the call. Kara-France briefly looked ready to re-engage, before the ref called the fight, leading to an irate Rogerio Bontorin throwing his mouthpiece.

“When I saw him hugging the mat, face-planting the mat, I knew it was over,” said Kara-France. The connection from the punch, he said, “was full impact, and I knew it was just going to get even worse if I jumped on him. I’m not there to do more damage than needed to be [done].”

Shortly before Kai Kara-France walked out for his fight, teammate Carlos Ulberg was on the losing end of a hard-hitting affair with Kennedy Nzechukwu.

“It’s always tough watching teammates take losses,” noted Kara-France. Especially just before his own fight. “It’s something I’ve had to learn in life not to absorb. Situations or energy, don’t let it consume you. You’ve just got to take it as it comes.”

The key was to “re-focus, and know that that doesn’t effect me.” But despite that, and having his own job to do, Kara-France did admit that “I put pressure on myself to be like ‘I’ve got to turn this back around and pick the energy back up.’ Especially with my teammate fighting for a second title tonight, we want to bring him into this fight on a high.” 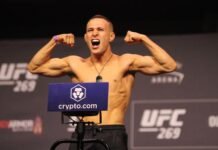 UFC: Kai-Kara France vs. Askar Askarov Lined Up for March 26 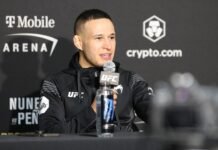 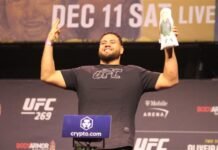