Just when you thought Bellator MMA’s recent announcement couldn’t get any better with the news of their new home on Showtime, plus the highly anticipated eight-man Light Heavyweight World Grand Prix, comes this: the promotion has made sure that once April is over, the fans have something to look forward to in May. On May 7 at Bellator 258 a very exciting Bellator bantamweight world championship bout will be fought with current champ Juan Archuleta defending his title against Sergio Pettis.

In what will be his third fight under the Bellator banner, Pettis (20-5) looks to capture championship gold for the first time in a major promotion, after making his debut last January with a submission victory over Alfred Khashakyan. This was followed by another win over Bellator veteran Ricky Bandejas. It looks like Pettis’ move to Bellator from the UFC has paid off with this big title fight against Juan Archuleta (25-2).

Juan Archuleta’s return to bantamweight on September 12, 2020 proved to be the right change. His efforts bore some fruitful results, winning the vacant Bellator bantamweight world championship against Patchy Mix, after the title was vacated when Kyoji Horiguchi announced he was injured. Some say the mark of a great champion is to not only win the title but to be able to defend the strap, and Archuleta has a chance to do so against Sergio Pettis. On the promotion’s new home of Showtime.

No other fights are currently announced for May 7’s Bellator 258. 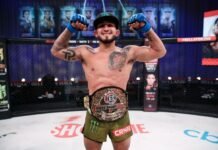 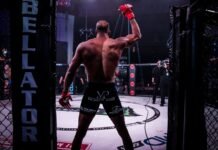 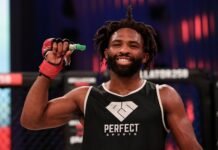