The UFC’s bantamweight division was arguably its hottest in 2020. The emergence of Petr Yan, retirement of Henry Cejudo, arrival of Jose Aldo and Frankie Edgar, and strong showings from the likes of Aljamain Sterling and Cory Stamann helped cement that.

We’ve got ten names the UFC could add on to 135lbs all lined up. But first, here’s a look at last year’s list, featuring the only current UFC roster member, Timur Valiev, signing with the UFC in 2020. Jamie Siraj unfortunately retired recently due to health issues, while Magomed Magomedov was one of Bellator’s biggest signings last year. 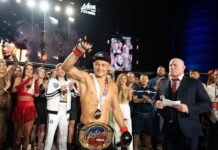