Geoff Neal has gone from facing a life-threatening illness to topping a UFC card in a matter of months.

Back in August, Neal (13-2) was hit with an infection that went septic, and wound up hospitalized with heart failure (the fighter suspected meningitis, but was never tested). With that in mind, the fact that he’s about to face one of the best welterweights on the planet in the main event of UFC Vegas 17 this Saturday is mind-blowing.

Neal’s fight with Stephen “Wonderboy” Thompson wasn’t always the main event, mind you. But when Leon Edwards was forced out of his fight with Khamzat Chimaev, it was Thompson vs. Neal that the promotion turned to.

“It’s really an honor to be in the main event right now. I wasn’t expecting that,” Neal told Cageside Press during Thursday’s UFC Vegas 17 media day. “I was expecting just like a regular fight, but for Wonderboy to accept the fight with me and the UFC to actually let it happen— I’m excited to go out there and showcase what I can do.”

Of course, the year didn’t always look so sunny. It was five days before the fighter was even admitted to the ICU back in August. He was forced out of a fight with Neil Magny. A week in intensive care followed. Luckily, Neal has always been a very positive person. That positive outlook, positive mindset “probably helped me get through the sickness,” he admitted. “Because the whole time I was sick, not once did it cross my mind that I wouldn’t be fighting again. Not once did it cross my mind that I was going to die.” Well, almost. “Like one one moment I had like a thought that I needed to get something checked out, because I really might be dying,” Neal continued. “But other than that, like I knew I’d be fine.”

Getting back in the gym took time. There was about a month at home. When Neal did go back, “I was kind of scared to really push it. Because I had congestive heart failure,” he explained. In a story many heart patients can relate to, Neal added that “so I’m in the gym, I’m worried about my heart stopping and I’m always checking my pulse like every every other minute.” It took him a while to get back to normal, “but after a month of just being in the gym slowly getting back into it, I started getting more comfortable and was able to push it. And once I got word of the fight [with Stephen Thompson] I was already in the gym full swing, so it was just like I had to keep climbing up the hill.”

When it comes to Thompson, popularly known as “Wonderboy,” this could be the fight that pushes Geoff Neal into the mainstream. “He’s 37 but he’s still in his prime. If you watch his last fight with [Vicente] Luque, he’s still Wonderboy,” opined Neal. No steam has been lost on his opponent’s side, he continued. “If I get to get one over him, that will solidify my status as a title contender.”

From near-death experience to main event in a matter of months. Geoff Neal will look to complete that journey on Saturday — hopefully with his hand raised. 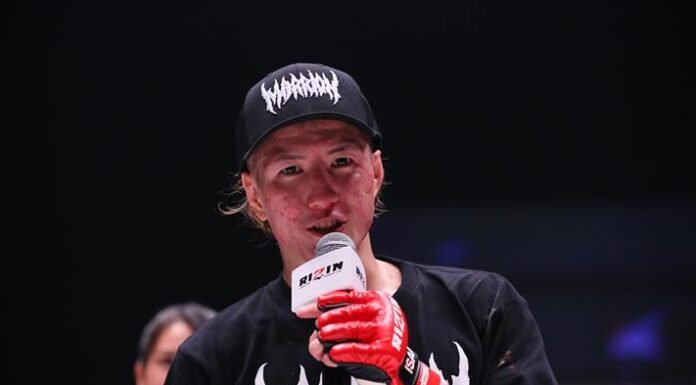