After a rocky start to her UFC career, “The Violence Queen” has put together two straight wins, with her finish of Luana Carolina in the running for Submission of the Year.

A downright terrifying kneebar by the former KSW champion remains emblazoned in the minds of many MMA fans. “I don’t know if it’s the best submission of the year, but for me it is,” Lipski (13-5) said during the UFC 255 media day. “Let’s see what the people think.”

Lipski returns to the octagon this Saturday at UFC 255, in a rather interesting match-up. She’ll be up against Antonina Shevchenko, sister of women’s flyweight champ Valentina. Given Brazil’s Lipski is currently unranked, and Shevchenko herself sits at 15th in the weight class, it’s hard to make a case for a title shot — but there’s that familial bond. It has to count for something in an era where storylines make fights.

“I think this fight is very important for me, it’s a very good challenge in my career. I told them I’m looking to the rankings. I think Antonina is a good name to fight,” Lipski said regarding the match-up, and just what it might mean. “She’s the sister of the champion. She’s left-handed, she’s not the same [as Valentina] but similar. It depends on how the fight is going, but I expect to win this fight very clearly. I want to win this fight by KO or submission, and after that, I’m going to the top.”

While there’s no guarantee as to what will come with a win over “La Pantera,” Lipski continued by saying “let’s see what the UFC will give me, but I want the belt. Everyone wants to be the champion, but I feel prepared for that.” She’s “very confident,” she added, in the job that her team and head coach is doing to prepare her for the title.

“I feel next year is going to be my year,” Lipski finished. 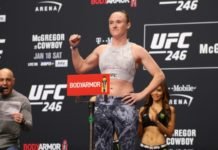 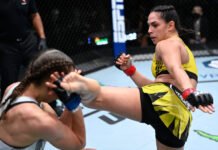 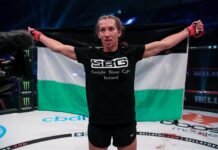