While Henry Cejudo has long been known as Triple C (two belts and a gold medal), another high-level mixed martial artist has the chance to wear triple gold. In this case, it’s Aung La N Sang, who currently holds the ONE Championship light heavyweight and middleweight titles.

This Friday at Inside the Matrix, it’s the middleweight title in ONE’s modified weight class system that will be on the line. “The Burmese Python” is set to defend that belt against Reinier de Ridder. But one of the promotion’s biggest homegrown stars has been looked at as a contender for heavyweight gold, ever since he secured wins over Alain Ngalani (in what was billed as an openweight bout) and Brandon Vera, who recently moved down in weight to challenge for Aung La’s light heavyweight belt.

So how about repaying the favor and going after Vera’s own title? It’s not an idea that appeals to the Sanford MMA athlete, apparently.

“No, not really. You know, what inspires me is to be the best version of myself, and I feel like middleweight is the best place for me,” the double champ said during this week’s Inside the Matrix media day. “My body feels the best at that weight class. So let’s keep doing me instead of worrying about what other people think and other expectations.”

Having fully recovered from a bout with COVID-19 earlier this year (both he and his family contracted the disease), Aung La N Sang now turns his focus to securing his eighth straight win under the ONE banner. Opponent de Ridder’s record is unblemished at 12-0, but the champ doesn’t expect that to last beyond this week.

“Every opponent that’s in front of me is the toughest opponent to date,” said N Sang, who explained that viewing opponents in that fashion puts him in the right mindset ahead of his fights. “He’s 12-0 for a reason. He is very confident. But that 0 is gonna go on Friday.”

If there’s one thing outside of exciting fights that Aung La N Sang has become known for, it’s his entrances at home in Myanmar. With the entire crowd singing along to his music, it’s a rock star moment each and every time out.

At Inside the Matrix in Singapore, under strict safety protocols due to the ongoing coronavirus pandemic, that spectacle will be nowhere to be found. Instead, an empty arena awaits. N Sang is definitely expecting a different feeling, he said Tuesday. “But I know how to level my mental state. So it’s okay, it’s not going to be an issue. And fortunately for me, I’ve cornered a couple of my teammates at Sanford in an arena that was empty, so that helps for sure.”

Watch the full ONE Championship: Inside the Matrix media day session with Aung La N Sang above. 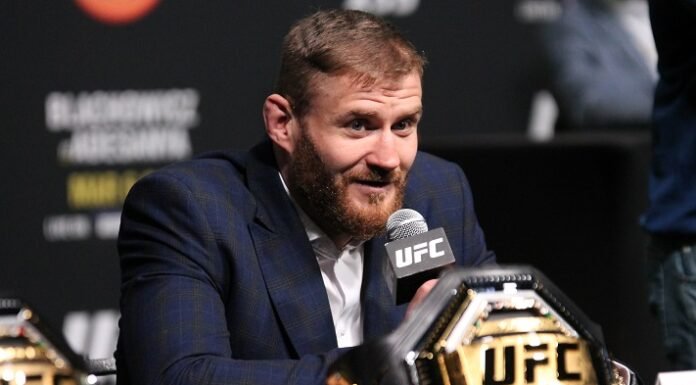