A pair of title fights cap off September as UFC 253 marks the promotion’s return to Fight Island in Abu Dhabi.

The main event of UFC 253 is the highly-anticipated middleweight title fight between Israel Adesanya and Paulo Costa. Adesanya is a stellar 19-0 in his MMA career following a successful kickboxing run and has title fight victories over Robert Whittaker and Yoel Romero. Costa is a perfect 13-0 in his career and before an entertaining decision against Romero in his last fight, he had stopped all of his opponents. Adesanya was unanimously picked.

The co-main event is a battle for the vacant light heavyweight title between Dominick Reyes and Jan Blachowicz. Many thought Reyes beat Jon Jones in their meeting for the belt, but the loss ended his 12-0 undefeated run in MMA. Blachowicz has been brilliant since a 2-4 start to his UFC career, going 7-1 since 2017. All but two writers picked Reyes.

Flyweights Kai Kara-France and Brandon Royval clash. Kara-France is a solid 4-1 since signing with the promotion in 2018. Royval, on the other hand, is coming off an impressive Octagon debut, choking out former title challenger Tim Elliott. All but one writer picked Kara-France.

Sijara Eubanks looks for her second win in two weeks when she welcomes Ketlen Vieira back to the Octagon for the first time since December 2019. After losing in her first two fights since returning to bantamweight, Eubanks has won her last two fights, both of which have come this year. Vieira was a perfect 10-0 before a knockout loss to upcoming headliner Irene Aldana in 2019. Vieira was unanimously picked.

Opening up the UFC 253 main card is a great matchup between Hakeem Dawodu and Zubaira Tukhugov. Dawodu is a former kickboxer who, after surprising losing in his UFC debut, has rattled off four straight wins. Tukhugov is 4-1-1 in the Octagon and snapped a two-fight winless streak with a knockout in his last fight. All but one writer picked Dawodu. 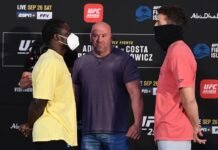 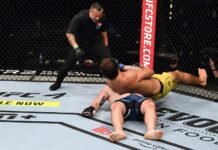