Austin Springer has a professional win finishing rate of 75%. Springer is always looking for the finish and has multiple wins late in fights including his DWCS fight.

Austin got his shot on DWCS back in 2018, and he finished his opponent Giga Chikadze in the third round by rear-naked choke. Despite the finish, as well as being the slight underdog, Springer did not get brought up to the UFC.

Springer will now make his UFC debut against UFC veteran Alex Caceres, as a late replacement opponent for UFC Vegas 8 this Saturday.

He brings the crowd to their feet! @austinspringer gets the win in the final minute! pic.twitter.com/1TpPQk1Wxf 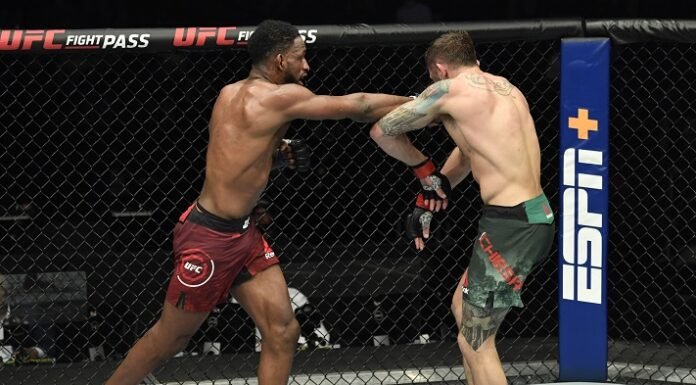