Victor Reyna lost his first Contender Series fight last year by unanimous decision to then 6-0 Miguel Baeza. But before the bout even started Reyna had already essentially taken himself out of contention for the UFC contract thanks to missing weight. Victor weighed in 7lbs over the welterweight non-title limit at 178lbs, the day prior to his bout.

During the fight, a big moment in the first round saw Miguel drop Victor with a straight right hand. Reyna spent the rest of the round trying to gain an advantageous position after that punch put him in a tight spot. In the second Reyna was able to drop his opponent with a high kick and left hand but his Baeza was back to his feet before more damage could be landed. Round two ws basically Reyna’s until he was clipped by a couple of knees at the end of the round that caused flash knockdowns.

The third round was a back-and-forth battle including submission attempts, but the night ultimately saw Baeza get the nod and the contract with the UFC at the end. It was a great fight and you got the sense that had Victor had no mishaps with the scale, he could have just as easily have earned a contract that night as well.

Victor Reyna faced the very tough, undefeated Miguel Baeza for his first Contender Series fight last year. Since the DWCS fight Baeza has fared well in the UFC with a 100% finish rate after two bouts. Baeza fought Hector Aldame in his first fight in the UFC, finishing him in the second round with a leg kick. After that fight, Miguel got a much bigger test in UFC veteran Matt Brown in May of this year. Renya, passed that test with flying colors as he TKO’d the vet in just two rounds. There is absolutely no question that Reyna faced UFC  caliber talent last year in his fight with Baeza on DWCS.

Since his fight at DWCS last year, Victor Reyna has had just one fight. Thankfully, Victor made weight for this fight, coming in well below the limit. It was actually Reyna’s opponent who came in quite a few pounds over forcing a catchweight bout.

This fight against Nick Gay was a grueling one, one that saw Reyna controlling the majority of the fight in the clinch up against the cage and on the ground. When standing, Reyna controlled the fight there as well, consistently winning all of the standup exchanges with his superior striking in order to get the better of his opponent. Reyna showed solid takedowns and amazing cardio as well in this win, back in November of 2019. Obviously it was enough to earn a trip back to the Contender Series.

For Victor Reyna’s second appearance on DWCS he will be facing another undefeated fighter in Louis Cosce. However, Cosce doesn’t have nearly the strength of schedule Reyna’s first opponent had, or even of Victor himself. The majority of Cosce’s opponents have had losing records and the combined record of all of his opponents is 34-61. Cosce is a quick starter that hits really hard so Reyna will have to be careful on the feet and use his experience to bring the fight to where he can dominate in the clinch or on the ground.

One of the most important things for Reyna is just making weight at welterweight cleanly and putting on a good performance. He did that Monday. Now, if Victor can find a way to put it all together, especially after his good first appearance on the show, he should end Tuesday night with a UFC contract. 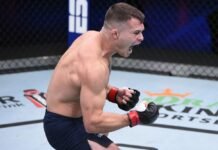 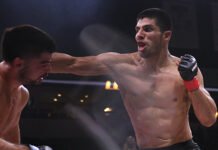 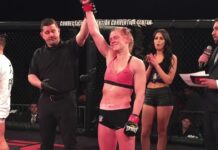