A highly anticipated rematch between Ion Cutelaba and Magomed Ankalaev is off the UFC 252 card.

That’s a result of Cutelaba testing positive for COVID-19. Russia’s TASS was first to report the news. Ankalaev has been pulled from the event as well; rather than seek out a replacement, the promotion is expected to rebook the fight for a later date. No official announcement has been made however.

Cutelaba and Ankalaev first met at UFC Norfolk back in February, a fight that ended in controversy thanks to what many felt was an early stoppage. Cutelaba appeared to be playing up an injury, attempting to lure Ankalaev into danger, but the ref waved off the fight. Cutelaba immediately protested the stoppage.

Cutelaba (15-5, 1NC) is 3-2 in his last five, including the first Ankalaev fight. Ankalaev (14-1) has won four straight, with his only loss inside the octagon coming to Paul Craig, in Ankalaev’s promotional debut.

UFC 252 takes place this Saturday, August 15 at the UFC Apex in Las Vegas, NV. The card breaks down as follows: 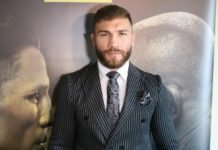 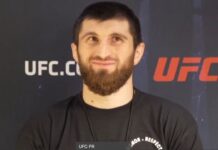 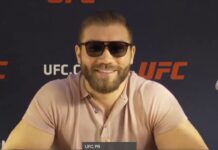