On August 11, Impa Kasanganay will head into the Apex in Las Vegas for his second shot at the world’s more intense interview. Nearly a year ago, the Gym-O product stepped into the cage at the Contender Series and put together a masterful performance, taking a clearcut unanimous decision victory over Kailin Hill. However, at the close of the show, Kasanganay’s name wasn’t one of the ones that was called.

For so many winning fighters at the Contender Series, this is a difficult concept to grapple with: knowing they did all they needed to in order to win the fight, which is usually the ultimate goal, but somehow it not being enough. No UFC contract in the end.

“I was grateful to win, and I was really happy and excited about that. It kind of didn’t register right away.  I was like ‘oh, did he say no?” Kasanganay shared. “It never hurt to win until that day… I’ll never forget thinking I earned the contract by the performance that I put together.”

Although a lot of fighters would need time to rebound from that hurt, Kasanganay needed only seconds. From then on, that feeling would be nothing more than motivation to get better.

“It was pretty motivating too. That Monday when I got back into town from Vegas, I got right back to the gym, right back to work,” he said. “That Monday, I stood in front of the door, I gave myself five seconds to breathe, took a big breath, and walked right in ready to go to work.”

Of course, it helps to be surrounded by a number of high level MMA fighters who have all seen their own kind of disappointment. Fighters such as UFC’s Bryan Barberena and Scott Holtzman, and Bellator veterans John Salter and Chris Honeycutt, all were there to greet him with more hard rounds to continue to improve.

It wasn’t just the training that helped get Kasanganay back in the right mindset. He sought out the advice of those around him, all of which offered him help in the mental and physical aspects. Among those pieces, one of the ones that stuck out the most was from Barberena.

“Bring the intensity. After the Contender Series, Brain [Barberena] cornered me and said ‘take more risks, get after him more. You know you have more in you,’” Kasanganay recalled. “And so that’s what I’m looking to do this fight.”

But don’t take that change as something to appease the structure of the Contender Series. Although the UFC is the ultimate goal for Kasanganay, he doesn’t believe in changing what he’s doing for the sake of getting his name called at the end.

“[It’s about being better]. It’s not really about the contract. The contract will come. I believe in keeping the fight the main focus. Keep the main thing, the main thing,” Kasanganay said. “I love to fight. I love getting in there and mixing it up.”

Kasanganay will look to showcase that love and improvements, and erase some of the hurt of the first victory when he faces Anthony Adams on the August 11 installment of Dana White’s Contender Series. 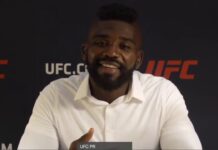 UFC Vegas 8: Just Being in the UFC Not Enough for Impa Kasanganay 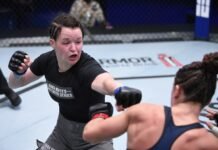