Jorge Masvidal and Israel Adesanya will feature as the cover athletes of the upcoming EA UFC 4 video game that will release on August 14.

On Saturday morning, Electronic Arts (EA) and the UFC officially announced that 2019’s breakout stars Jorge Masvidal and Israel Adesanya will be appearing as the cover athletes of the upcoming EA UFC 4 video game releasing next month on August 14.

A trailer for the video game released early on Saturday morning, hours before UFC 251 on Fight Island is set to take place.  The trailer featured improved graphics with demos featuring several of the top stars of the UFC including Masvidal, Adesanya, Conor McGregor, Khabib Nurmagomedov, Francis Ngannou, Amanda Nunes and others.  Furthermore, the trailer teased game play outside of the Octagon with stages set in a backyard (in homage to Masvidal’s famous history) as well as another area resembling the inside of a temple with giant golden statues of snakes that resembles something more out of Mortal Kombat than the polished stages of the UFC.  The final big reveal from the trailer was that top boxing superstars, Tyson Fury and Anthony Joshua, would also be appearing as playable characters with both men bringing their talents to the Octagon as opposed to the boxing ring.

In a press release, the UFC announced that the characters of Fury, Joshua, and the Backyard and Kumite environments would be available via pre-order only (at this time) and will not part of the base game when it releases.  The release went on to state that martial arts film legend Bruce Lee would once again be available as a playable character and features such as Create Your Fighter would also be returning for players looking to create an avatar resembling themselves or others to use in the game.

Adesanya said in a statement “I am the face of the new wave of UFC fighters, so it feels right to represent the sport on this new generation UFC game. I look forward to my fans playing as me as much as I have enjoyed playing as myself.”

Masvidal, who fights this evening in the highly anticipated event on Fight Island against Kamaru Usman, said “MMA is more than about the belt. It’s about who you are as a person and the determination that drives a fighter to go from unknown to selling out arenas all over the world. I grew up backyard fighting so it’s exciting for me to see that style of fighting come to UFC 4 where players can bring out their Gamebred mentality.” 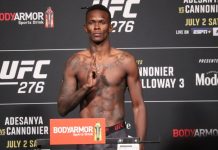 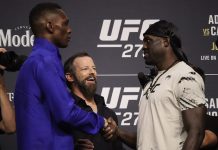 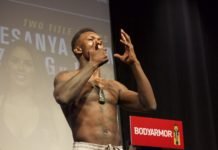