Two fights into his UFC career, Jamahal Hill remains an undefeated fighter. Hill (8-0), who won his way into the promotion via Dana White’s Contender Series, returned Saturday at UFC Vegas. And made a statement, quite frankly, in his fight with Klidson Abreu.

Brazil’s Abreu has held gold in Brave CF, and is certainly no slouch. But it was sweet dreams early in the fight, with Hill landing a crushing knee to the body to set up the finish.

The TKO at the UFC Apex was his first stoppage inside the octagon. It likely won’t be his last. Speaking of the Apex, it was a bit of a homecoming for Hill, who competed there just last summer on the Contender Series. Only, that time there were a few more bodies in the building.

“It’s a little up close and personal, you know what I’m saying?” he told Cageside Press about the empty venue, speaking in a virtual media scrum. “Everybody gets to hear everything. I don’t mind it at all.”

It certainly didn’t seem to hamper his performance any. Speaking to Daniel Cormier post-fight, Hill exclaimed that “I think I made a statement, I know I’m not somebody to be taken lightly. A lot of people like to play with my name, but keep on sleeping on me and I’ll let the doctor wake you up.” He refrained, however, from calling anyone out.

There are plenty of names though. Khalil Rountree Jr. Jimmy Crute. Alonzo Menifield.

“They all just sound like victims to me,” said Hill to those suggestions. “Whoever wants to sign their name, put your name on the dotted line. I don’t need to call nobody out. I’m here. Everybody gonna have to run into me, and we’ll have to see. So it is what it is.”

While he’s not clamoring for a specific name, there’s no question Hill is game for a tough test. After all, he has said he wants to make a highlight out of Jon Jones.

“I said when I got signed — throw me in the water, see if I can swim,” Hill stated. “Seems like I’m doing the back stroke right now.” 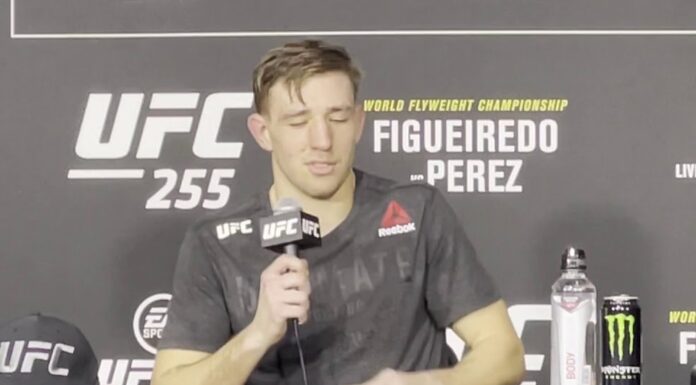