Ciryl Gane and Shamil Abdurakhimov are set to throw down in July.

The question is, where?

French-language radio show/podcast La Voix des Guerriers was first to report the news that the pair will compete July 11. That’s potentially the date that will see the UFC debut their Fight Island concept.

The heavyweight bout will see the undefeated Gane (6-0) get a solid step up in competition against Abdurakhimov (20-5), who holds wins over the likes of Walt Harris, Andrei Arlovski, and Marcin Tybura inside the UFC octagon.

Gane and Abdurakhimov were originally expected to compete at UFC 249 in April, in Brooklyn. However, Gane was forced out of the event due to illness. It’s just as well — that card was postponed, rebuilt, and eventually took place in May. Travel restrictions left the heavyweight bout off the card, which took place in Jacksonville, Florida.

Gane was last seen battling to a unanimous decision against Canada’s Tanner Boser. It was the first time the French heavyweight had gone the distance inside the cage.

Abdurakhimov had a three-fight win streak snapped last December when he was finished at UFC 242 by Curtis Blaydes.

Currently, the UFC’s July 11 date, Fight Island or not, is set to feature bouts between Paige VanZant and Amanda Ribas, plus Frankie Edgar against Pedro Munhoz. 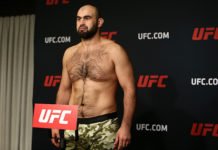 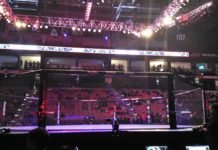 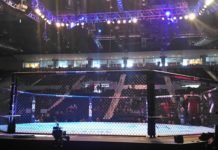