During this MMA hiatus, we’ve taken to scouting the globe and selecting five favorite prospects from each country for the most part. In this edition, we examine some of the top fighting prospects coming out of Moldova and Romania. Some key fighters from these two nations include Ion Cutelaba from Moldova and Diana Belbiţă from Romania.

Iuri Lapicus is an excellent prospect out of Moldova. He competes for ONE Championship, beating both Shannon Wiratchai and Marat Gafurov. Lapicus is also the next in line to fights Christian Lee for the ONE lightweight title. Lapicus has excellent judo and is primarily a grappler. He has finished all fourteen of his fights; ten of those have come by submission. Not much of a striker but it seems as he’s steadily improving there

Denis Palancica is a young man out of Moldova who is a combined 13-0 in combat sports. He went 5-0 in amateur MMA and 1-0 as a pro boxer. He hasn’t fought competition at too high of a level, but he has looked right at home in his seven professional bouts. On the feet, Palancica is talented as he is quick and really throws a good one-two. He does a great job striking and then changing levels and getting the takedown, as his wrestling is solid. He’s at his best on the mat as he thrives in the scrambles, and does a great job at transitions and getting into dominant positions. Palancica has fight-ending ground and pound as well. Overall, at 23 he has a good future.

Ion Surdu is a very green fighter still but has a lot of talent. In his most recent fight last December he won the RXF Welterweight Championship. He hasn’t fought the best competition but his high finish rate helps his case. Surdu is a long striker who is technical while throwing a lot of output. He’s got good quick hands and throws good combinations mixing in kicks as well. He will slow down as the fight goes on and he does at times get hit too much, but these are areas he can improve at with more experience.

Laurentiu Calugaru is well-rounded and all-in-all a legit finisher no matter where the fight is at. Both losses in his career, Calugaru was able to get his revenge and beat both opponents in the rematch, stopping each man inside three rounds. On the feet, he throws good long punches and has some solid kickboxing. He throws combinations well and is good at mixing it up between kicks and punches. This product out of Romania wants to go for the kill so you will see him sling heavy leather, throw head kicks, and flying knees. Calugaru can wrestle as well but it’s when his opponent shoots when he is more dangerous. He’s a good counter wrestler and of four submissions, three of those are by guillotine.

Out of Romania, Vladislav Popovskiy is a bright prospect. Of all these prospects, Popovskiy has the most experience. He’s an aggressive guy who will always press forward to close the distance. He’s a grapple-heavy fighter who on the feet does have power but prefers to fight on the mat. Popovskiy is a dangerous dude when it comes to ground and pound, with his being fight-ending. Outside of that, he is a submission threat and has solid grappling on top or bottom. 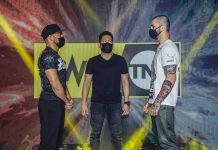 ONE on TNT 1: Eddie Alvarez DQ’d for Illegal Strikes Against Iuri Lapicus 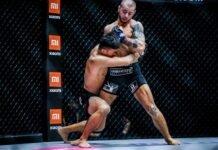 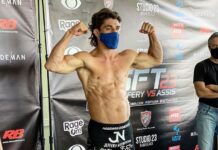