Brazilian outlet Combate reports that Rose Namajunas is out of her upcoming bout with Jessica Andrade at UFC 249 on April 18 due to undisclosed reasons.

Former strawweight champion Rose Namajunas is reportedly out of her bout with Jessica Andrade next Saturday at UFC 249.  The news comes just two days after the UFC confirmed that the bout was still on for the highly discussed event scheduled for April 18.

First reported by Brazilian outlet Combate, Namajunas is out of the bout due to undisclosed reasons.  Namajunas has not competed since May of last year where she lost her title to Andrade in Brazil.  The bout was memorable for Namajunas’ brilliant first round before Andrade rallied back in the second and slammed “Thug Rose” for a knockout victory.  The rematch was also expected to have major title implications for Namajunas who would have been the obvious next challenger for current champion Zhang Weili.

No replacement has been named for Andrade for April 18, although with UFC President Dana White stating that he plans to hold weekly events from a yet to be disclosed location it is entirely possible that Andrade could be moved to a later date with a new opponent in the coming weeks.  Andrade is 4-1 in her last five bouts that includes winning the title and losing it last year to current champion Zhang. 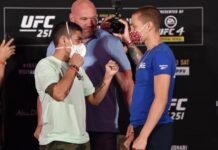 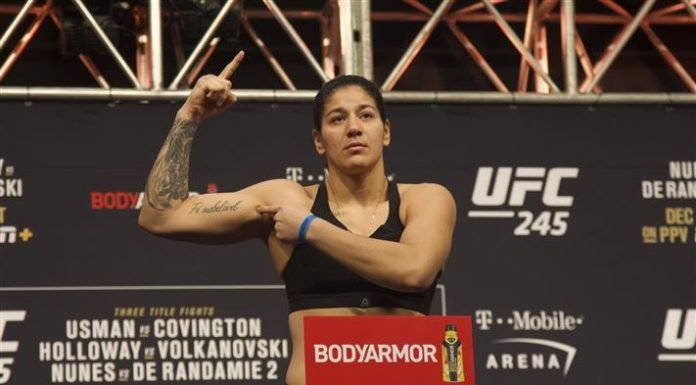