While the UFC has pushed back its next three events due to the coronavirus, bouts are still being lined up for future cards. The latest fight news is an addition to UFC Kazahkstan, which will see Klidson Abreu take on Gadzhimurad Antigulov. Globo, the UFC’s broadcast partner in Brazil, first reported the news.

Brazil’s Abreu (15-4) picked up the nickname “Russian Terror” after facing a string of opponents from the nation, while fighting for RCC, M-1 Challenge, and the UFC. In fact, four of his last five opponents have been Russians; the lone exception was American Sam Alvey. In the UFC to date, Abreu is 1-2, with a win over Alvey, and losses to Magomed Ankalaev and Shamil Gamzatov.

Antigulov (20-6) is yet another Russian for Abreu to terrorize. From Dagestan, Antigulov has lost his last two bouts, against Ion Cutelaba and Michał Oleksiejczuk. Both fights ended in stoppages. Consistency has been an issue for Antigulov, as he has fought just once a year in the past three years. Last year, he pulled out of a fight with Ed Herman; this past February, he withdrew from a bout with Devin Clark.

UFC Kazahkstan is expected to take place at the Astana Arena in Nur-Sultan, Kazahkstan on June 13, 2020. 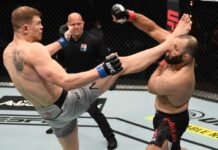 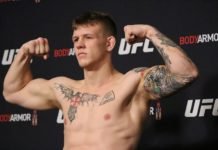