The UFC has announced a return to San Diego, California for the first time in five years with an event scheduled for May 16.

The UFC has announced an upcoming Fight Night on May 16 in San Diego, California.  The card will be held at the Pechanga Arena.  The event comes after much speculation that there would be an event in Southern California area in May with both Dominick Reyes and Dustin Poirier mentioning the spot as a potential location for high profile match-ups.

The promotion has traditionally come to Southern California around August, typically alternating bigger numbered events between Los Angeles and Anaheim.  The last time the company held an event in San Diego was in 2015 for a Fight Night that was headlined by former champion Frank Mir against Todd Duffee and featured future UFC champions Tony Ferguson and Holly Holm.

Spoke with the @ufc last night you gonna take the fight @NateDiaz209 ? 170LBS May in California or July international fight week? Come get this work

Currently, a flyweight bout between Ariane Lipski and Luana Carolina and a lightweight bout between Puna Soriano and Anthony Hernandez are the only match-ups that have been reported.  More fights are expected to be made official in the coming weeks with the event a little over two months away.  It is expected that several fighters will be pushing to be on the card considering the number of gyms and fighters in the Southern California area. 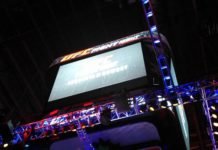 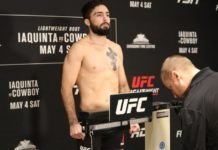