Judging was on the hot seat this past weekend. A number of fights came under fire thanks to puzzling scores being returned by judges. Among them, Jon Jones vs. Dominick Reyes (49-46 Jones was rather galling), Andre Ewell vs. Jonathan Martinez (30-27 Ewell seems unlikely), and Jinh Yu Frey vs. Ashley Cummins, the latter at Invicta FC 39. Frey earned a unanimous decision, with 48-47 scores.

There was a strong argument that Cummins won the bout, and fans at the Memorial Hall in Kansas City seemed to feel the same. Now, just days after the event, Invicta FC has announced that they will become the first major MMA promotion to utilize open scoring.

Open scoring means scores will be made available to fans and fighters between each round. The change will come into effect at Invicta Phoenix Series 3 on March 6. Invicta officials announced the move in a press release Monday, referring to the switch as a “trial” for the time being.

In that release, Invicta FC President Shannon Knapp was quoted as saying “We’ve been considering open scoring for some time and, with the Kansas Athletic Commission’s decision to allow open scoring, we welcome the opportunity to use it on a major MMA promotion for the first time.”

“Invicta FC has always been about innovation. There are theoretical arguments for and against open scoring, but we think anything that could potentially improve the sport is worth trying,” Knapp added. “We are going into this event with an open mind. Afterwards, will regroup with the commission, our athletes and listen to fan feedback in order to make an informed decision about the future.”

None other than former featherweight champ Max Holloway was one of the latest to bring up the idea of open scoring following UFC 247 this weekend:

Is our sport the only major sport where you don't see score until game is over? What would harm be in judges showing their scores after each round? Honest question not a diss 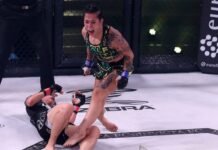 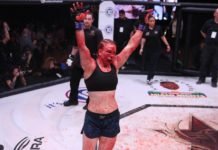 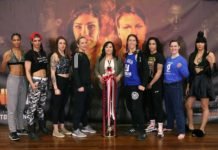