UFC 247 is quickly approaching, headlined by light-heavyweight champion Jon Jones and Dominick Reyes. The second UFC PPV of 2020, the co-main event features flyweight champ Valentina Shevchenko fighting Katlyn Chookagian. In an exciting welterweight bout, Alex Morono was supposed to take on Dhiego Lima but Lima pulled out due to injury. The show must go on, and the UFC would go to the regional scene to sign Kalinn Williams to step into the short notice fight.

How will Williams fare in the UFC:

Kalinn Williams hasn’t been fighting the best of talent, but it is pretty decent for the regional scene. He has four decision wins but for the most part, he’s an action fighter who sets a high pace. He isn’t too technical and you might classify him as more of a brawler. Williams throws a good right hook/overhand and a thudding lead leg kick which he doesn’t throw nearly enough, but which highlights his offense. He has a lot of power in his hands and as he is wild, something that plays to his favor when he trades in the pocket.

Williams has some decent wrestling to fall back on. He has strong top position but really don’t have the desire to improve past guard. His takedown defense needs work but he has shown the ability to just power back to his feet. It’s some small adjustments that need to be made that hinder him the most. His cardio isn’t the best as he seems to get pretty tired from the second round on. Williams is dangerous on the feet but defensively he needs work. He keeps his hands low, he brings his hands back to his chin to slow, and his hands have tendencies to drop. Overall, it’s a good signing but there’s a question as to how far he makes it.

How Williams matches up with Morono:

Morono is a veteran of the UFC who is a tough challenge for anyone to make their debut against. Morono struggles the most against good wrestlers and it’s hard to see Williams being a big threat in that area. If the fight was to hit the mat Morono no doubt has the better grappling if he was on top or even off his back. The clearest path to victory for Williams is on the feet but no doubt there is a lot of fog. Morono is just much more active on the feet and more seasoned everywhere. The biggest anchor on the back of Williams for this fight is cardio, especially taking this fight on short notice. 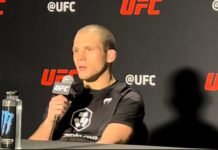 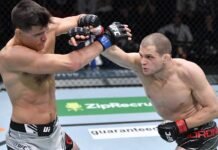